Oil exploration in Germany started in the 19th century, long before the first Mercedes, BMW or Audi were constructed. Since that time, more than 22000 wells have been drilled, and 2.3 bln barrels of oil (8x Schoonebeek) and 6.5 bln boe of gas (half Groningen) have been produced. Most of this (>95%) came from the Southern Permian Basin, with subsurface geology similar to the Netherlands. Main producing reservoirs in both countries are of Permian age: Rotliegend sandstones and Zechstein carbonates. But now, German oil and gasproduction appears to be in terminal decline for two reasons: resources limitations and political choices. Will the same happen to the Netherlands?

Daan den Hartog Jager studied Geology in Utrecht and has worked in both exploration and production in London, Brunei, NAM/Shell in Assen and currently EBN. From 2015-2018 he worked as exploration geologist for Shell Germany. He has been Secretary of KNGMG Kring Noord since 2015. 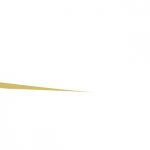