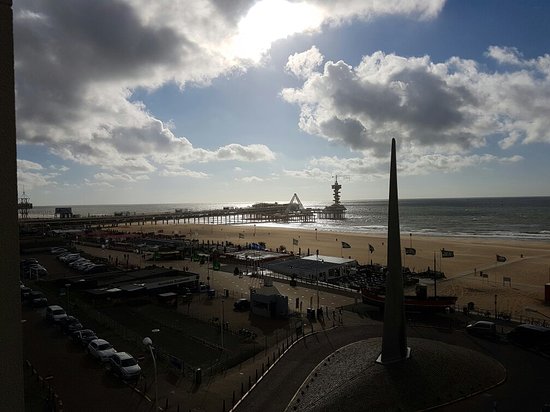 Please note that 150 seats are available and that payment at the door is not possible due to logistics.

Gas to Geothermal, maximizing value for both ‘Gas’ and ‘Green’ in Vermilion’s onshore Middenmeer field.
By Michiel Ottevanger (Vermillion)

Abstract:
The end of gas field life, high geological risk exploration targets and a call for the renewable energy transition. What will be the role of the onshore E&P industry in the future Dutch Energy mix and how can Vermilion play a leading role in the transition to a lower carbon dioxide economy? The Dutch government had a Natural Gas revenue of EUR2.4 billion in 2016, a decline of 85% compared to 2013 and the lowest since 1975. On the other hand the governmental investments in the renewable energy transition should be around 200 billion euros, according to 90 Dutch professors. Dutch natural gas, and its related revenues, could be the transition fuel towards a renewable energy future. Innovative ideas, using existing infrastructure and joining forces between E&P industry and the Renewable Energy industry could lead to effective and efficient production of both natural gas and renewable energy. Vermilion is exploring its role in the energy transition, while remaining a healthy E&P business. One of its projects is in the province of North-Holland, where the onshore Middenmeer gas field reached its end of field life. Only 5 kilometers further East, one of the largest greenhouse areas of Europe is being developed, with a demand for heat. A perfect chance to give the Middenmeer wells a second life to provide the greenhouses with geothermal energy and maximize the recovery factor of the Middenmeer field.

About the presenter:
Michiel studied Petroleum Geology and Geophysics at the University of Utrecht and did his pre-master in Business Management at the UvA. He graduated in 2016 with Shell, focussing on exploration in the German and Danish offshore. After his graduation he joined Vermilion Energy as a Junior Commercial Advisor, where he is responsible for Joint Ventures, Business Development and Vermilion Energy Netherlands’ role in the Renewable Energy transition. He is passionate about the synergy opportunities between ‘natural gas’ and ‘green’ and happy to share his story with us

Gas meets Wind, and how to repurpose the oil and gas infrastructure to create a stable and reliable Northsea Powerhouse
By Rene Peters (TNO)

Abstract:
Oil and Gas production from the Dutch offshore sector is rapidly declining under current market conditions and political environment. Independently, offshore wind is rapidly developed to realize the Dutch growth ambitions on sustainable energy until 2023. While gas has been a reliable, affordable and stable source of energy, income and employment for the Netherlands for decades, renewable sources bring along many challenges related to grid stability, capital costs and public investments. Instead of considering these two developments as independent and not connected, there can be a large benefit of considering North Sea Energy as an integrated system, where existing infrastructure can be repurposed for energy transport, conversion and storage, and offshore wind development can be accelerated more cost efficiently. Can the lifetime of existing oil and gas assets be extended while accelerating the transition to an emission free energy production from the North Sea?

About the presenter:
Rene Peters is currently Director Gas Technology at TNO (www.tno.nl/energy) in Delft.
Rene is responsible for technology development in the area of gas technology, including LNG, Gas Transport and Storage, Unconventional Gas, Exploration and Biogas. He is leading the Upstream Gas Innovation Program within the Top consortia for Knowledge and Innovation – Gas, commissioned by the Ministry of Economic Affairs. He has a PhD in Fluid Dynamics from the Eindhoven University of Eindhoven. He started his career in Shell Research from 1993 – 1998, and moved to TNO where he had various technical and managerial positions in the area of Oil and Gas technology. He also acts as a chairman of the European Forum for Reciprocating Compressors (www.recip.org) and is the chairman of the EERA Shale Gas Initiative.