In het nieuws: INDEPENDENT – Lost continent discovered beneath Mauritius in the Indian Ocean by geologists 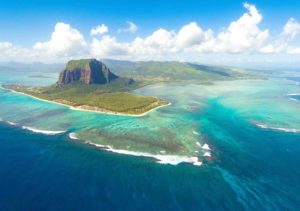 There may be other fragments of ‘super-continent’ Gondwana scattered around under the sea, say researchers.

Scientists have found a “lost continent” under the island of Mauritius in the Indian Ocean. The tropical island nation was formed from lava spewed by volcanoes over a period of about 9 million years. But researchers recently identified a mineral that was several billion years old in rocks found on the popular tourist destination.
Further investigation by a team of geologists led by South Africa’s University of Witwatersrand, concluded the island was actually sitting on top of an undiscovered fragment of the 200-million-year-old “super-continent” Gondwana, which split to form Africa, South America, Antarctica, India and Australia about 180 million years ago.
Read the full article via this link.