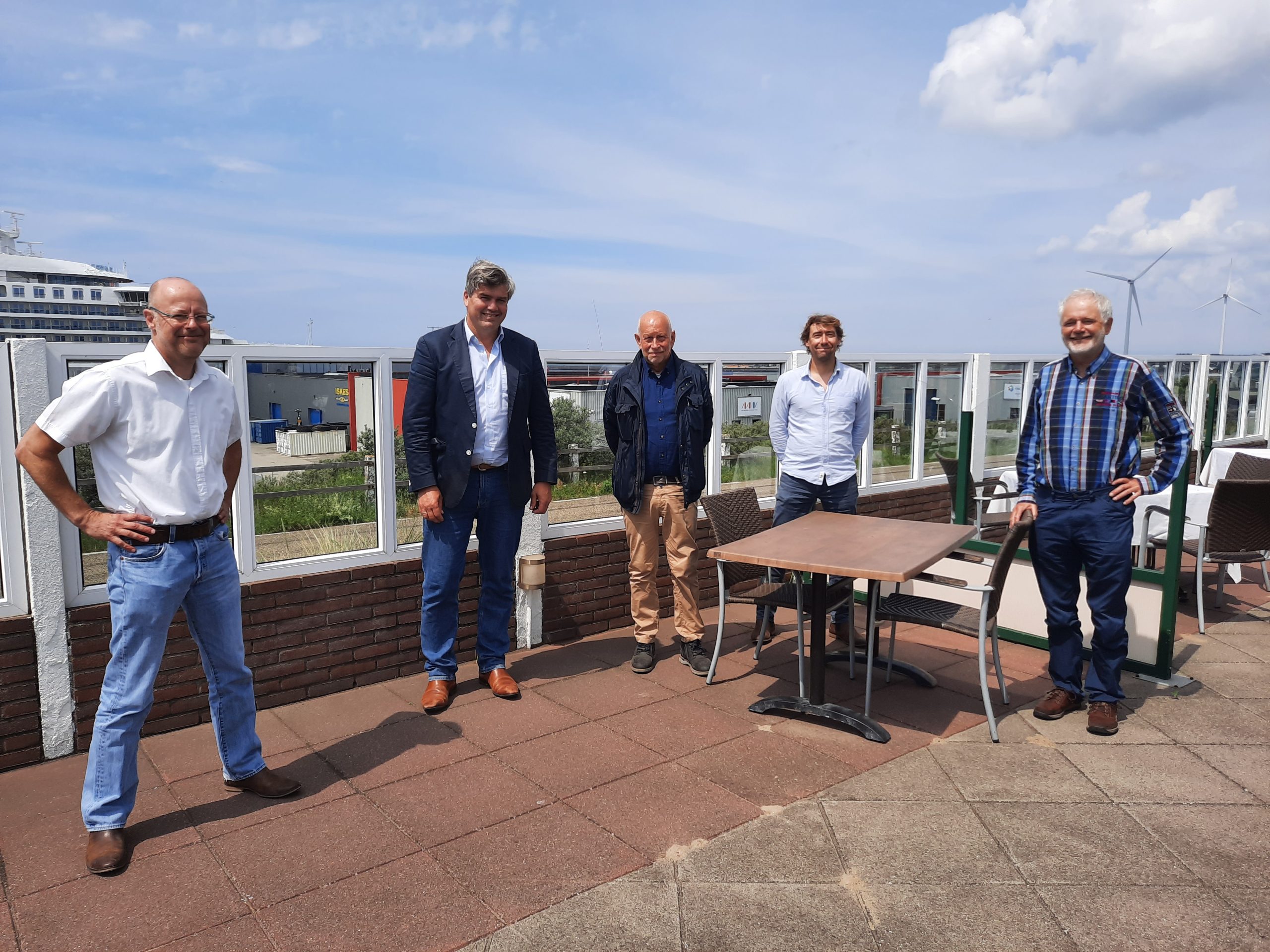 The KNGMG is proud to announce that Cees Laban will receive this prestigious award!

This award (penning in Dutch) is the highest distinction for an Earth Scientist in the Netherlands. The Van Waterschoot van der Gracht Penning is a medal that is awarded to earth scientists that have a vast oeuvre covering science, education and professional application of geology, all resulting in social impact. The medal is provided by the KNGMG.

The original plan was to inform and present the award to Cees Laban in May at the Future Of Sand symposium. Due to the current crisis this symposium has been delayed till the end of the year. However, we did want to inform Cees Laban now and not wait till the end of the year. Especially since we are sure that he would have heard rather sooner than later through his extensive network that he would receive the award.

Cees was lured to the IJmond in IJmuiden on June 17th for a lunch under false pretenses, where he was informed by the President of the KNGMG, Bob Hoogendoorn, that he will receive the award. His nomination was prepared by Sytze van Heteren, Peter Verhoef and Ane Wiersma who were present and provided context to his nomination. Summarized, Cees has an extensive track record on geology of the the North Sea, and many other areas where he has been active, which only few of us can dream of accomplishing. Nevertheless, where he differs from most, is that he is a real ambassador of our profession. Building bridges between people, between institutes, between science and industry and between countries. Although Cees retired more than a decade ago, he is still active on all fronts. Relentless in his pursuit of developing knowledge on the sedimentary geology of the North Sea and its applications for science and industry.

We congratulate him and look forward to presenting him with the Van Waterschoot van der Gracht Penning at the end of 2020!